You can attach a disk to a VM configuration or a VM to increase its storage. This page discusses the attach disk workflow in the Orka CLI. For more information about attaching a disk with the Orka API, see Orka API Reference: Attach disk.

You can attach a disk to:

How does attached storage work

When you attach a disk, you are referencing a non-bootable base image from the Orka image storage. Orka needs to preserve the state of its base images. To achieve this, the attach disk functionality creates an independent volume copy of the specified base image and attaches it to the VM. The base image becomes detached and the volume copy automatically persists as long as the respective VM lives. Your VM writes any changes to its independent writable copy and the initial base image remains unchanged.

To trigger this process, you need to shut down and restart the VM. After this initial restart that activates the attached storage, there is a 20-30 seconds delay created by the operating system. During that time, any new data intended for the added storage is stored in the RAM.

After the base image is detached, you can attach it to another VM.

Make sure to set the .img file extension for the image name.

If you run orka image list, Orka lists generated empty storage disks with a fixed size of ~192k. When attached to a VM and formatted, the disk will appear with its correct size in the VM.

You can create a VM configuration with a disk already attached to it. When running orka vm deploy in interactive mode, Orka will automatically populate the Attached disk field and will attach your disk. However, in direct mode, you need to attach the disk again with the --disk flag.

When prompted, provide the required information. Under [Attach Disk] set the name of the disk that you want to attach.

You can attach a disk during the creation of a VM with orka vm create.

Although Orka does not prompt you to restart, make sure to go to Step 3 in this tutorial and restart.

To attach a disk to a VM during its deployment, run:

When attaching a disk to a VM, you need to specify the VM by ID.

As prompted by the Orka CLI, you need to restart your VM for it to recognize the attached disk.

Make sure that you've completed the OS setup of your VM before you proceed.

Power off and then power back on the VM from the command line. Run the following commands separately:

Orka creates unformatted storage. Your VM recognizes that there's storage attached but it needs to format it to be able to work with it.

You can format the disk by connecting to your VM via VNC and then following the OS prompts. 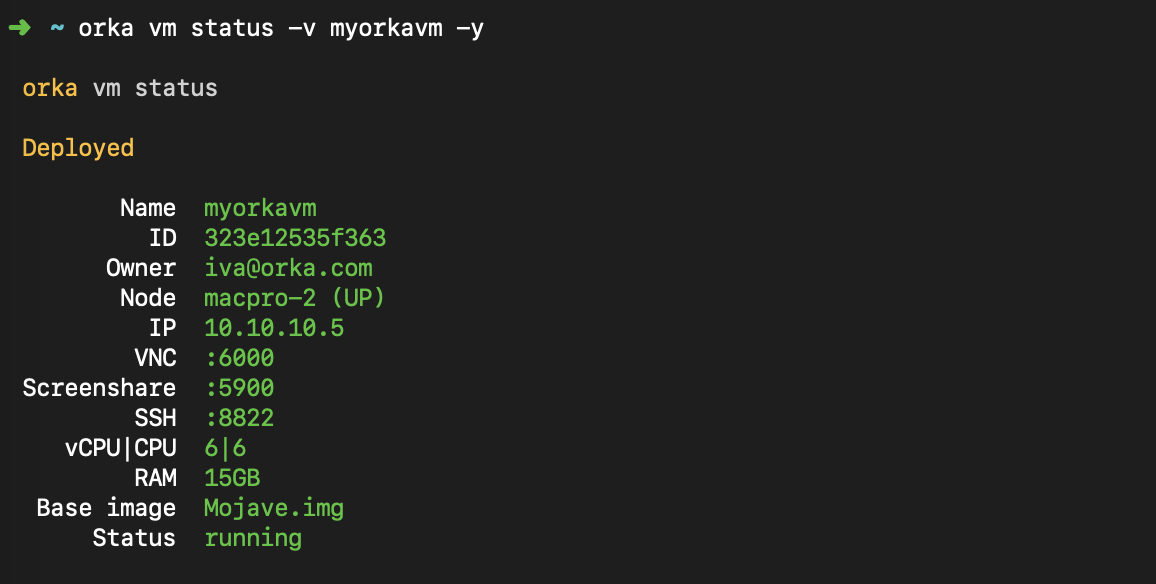 TIP: Not seeing this prompt?

Restart the VM from the OS. 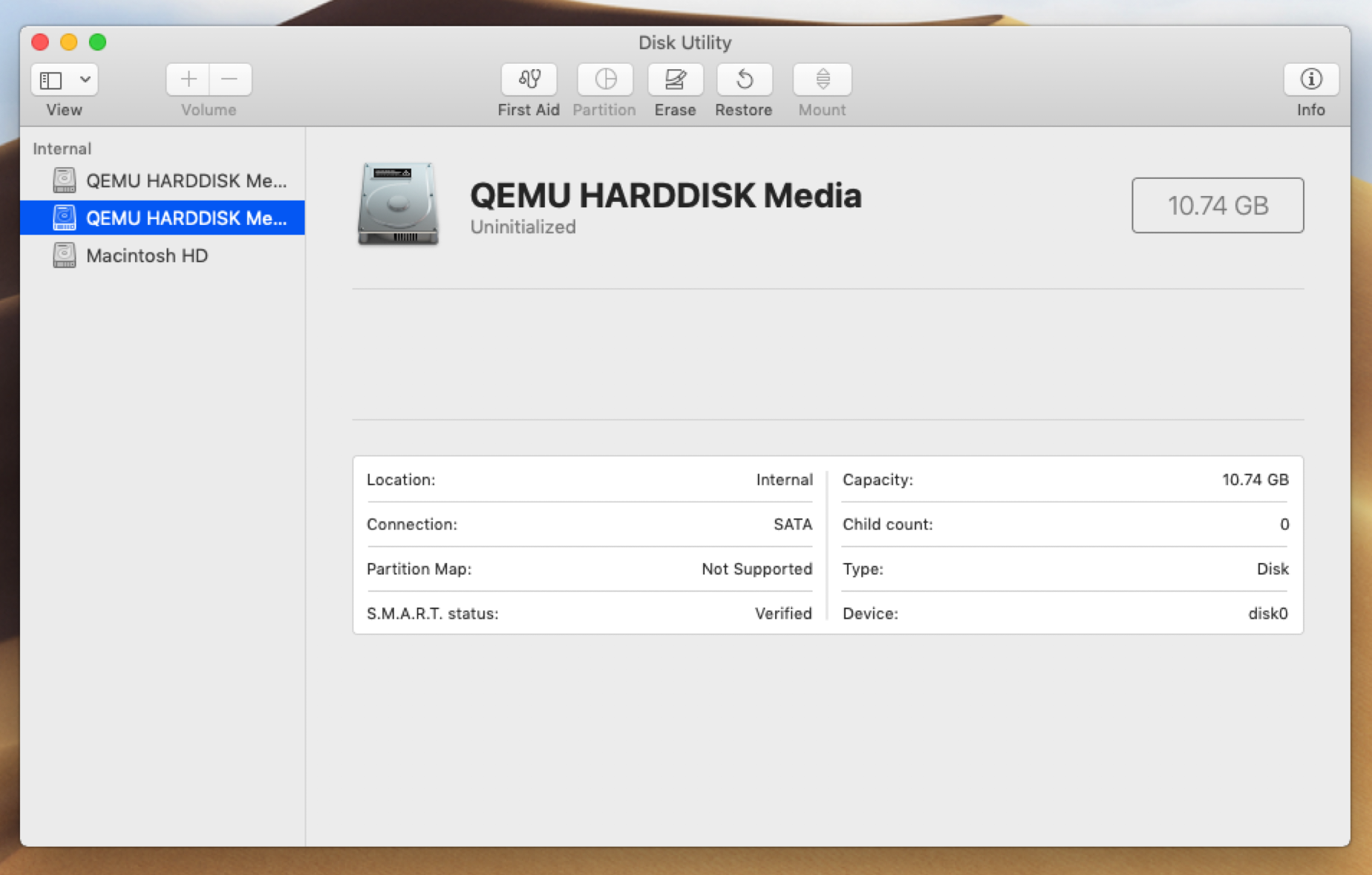 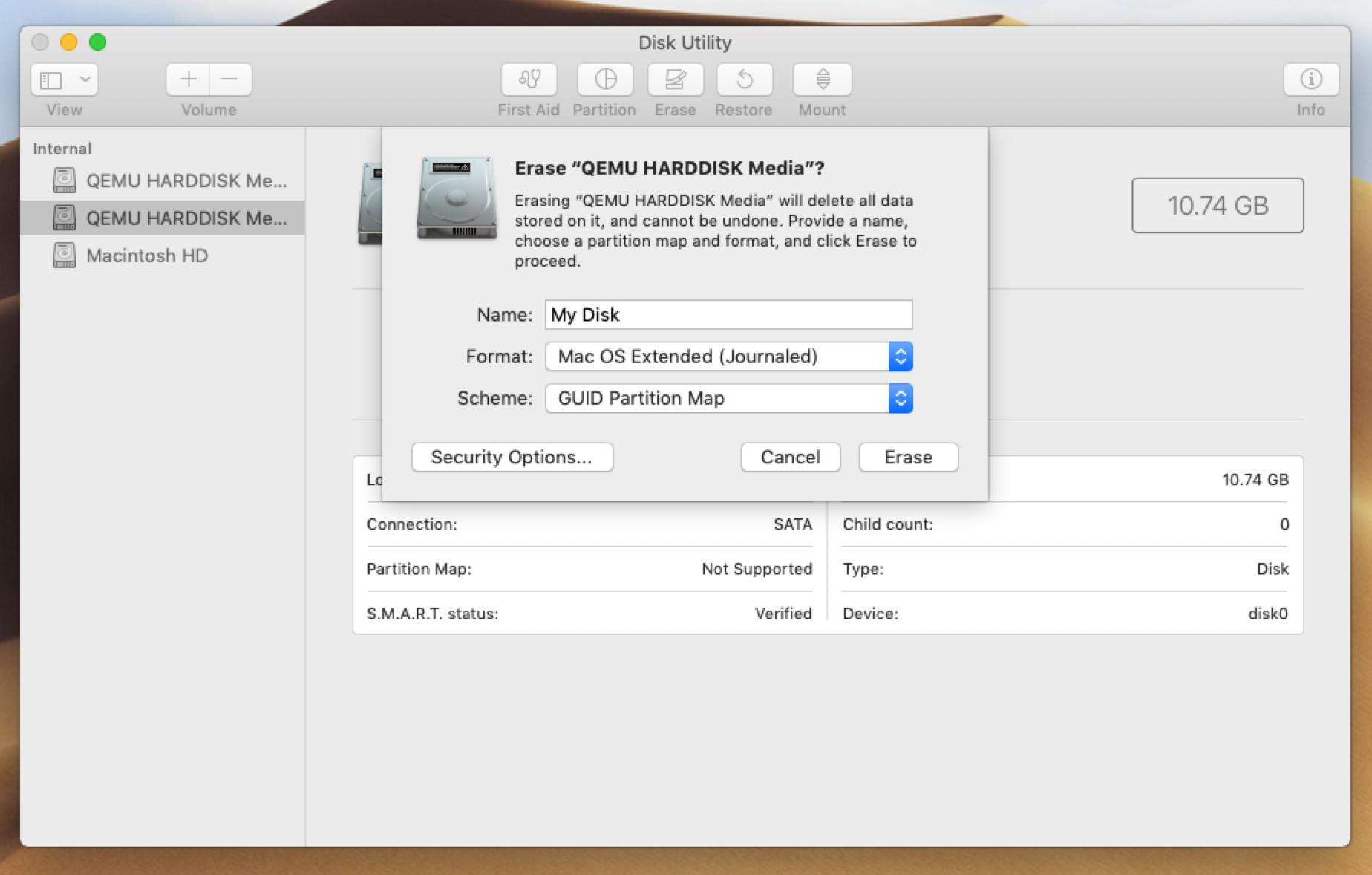 Your empty storage is now available for use.