Yes. Starting with Orka v1.4.2, you can spin up Orka VMs with macOS Big Sur.

Currently, MacStadium does not provide a macOS Big Sur image or ISO. You can create or supply your own image, or upload an ISO yourself. See here.

MacStadium will provide resources for spinning up macOS Big Sur VMs in the future.

Are VMs and VM configurations shared across users in the same Orka environment?

Outside of the Orka CLI and the RESTful API, users can still utilize the VMs created by others in their shared Orka environment. Proper networking and VM configuration must be in place.

In future versions of the Orka CLI and RESTful API, users with a sufficient role and permissions might be able to see and work with VMs created by others in their environment.

What ports are exposed on my VMs in Orka?

By default, every VM deployed in Orka comes with 3 exposed ports: SSH, VNC, and the Screen Sharing port.

How do I use the ports of my VMs?

If you need to open additional ports on an already deployed VM, you need to use Kubernetes Services to map the node's IPs and ports to the ports on your macOS VM. See Kubernetes Documentation: Defining a Service.

How do I connect to my VM via VNC?

You can get the IP and VNC port for your VM by running orka vm list or orka vm status. Enter them in a VNC client of your choice (for example, RealVNC or VNC Viewer).

How do I connect to my VM via SSH?

On the VM, enable remote login.

Next, configure your SSH connection to access the VM on the proper port. VMs in Orka run on their own private subnet and are NAT'd from the host IP by incrementing ports for each new VM. The starting port is 8822.

How should I approach firewall whitelisting to ensure traffic to and from my VMs?

How do I disable VNC on my VM?

The networking and connectivity setup of Orka environments (and the respective VMs) is the standard setup provided by MacStadium.

Every environment sits behind a Cisco ASAv firewall. The environment and the resources in it are accessible via VPN. You can use the Cisco AnyConnect VPN client (provided with the firewall), another VPN client of your choice, or you can configure VPN connectivity between Orka and another cloud provider.

Can I specify a private IP for the VM when I spin it up?

You cannot assign a private IP during deployment - Orka does that for you. After the deployment completes, you can configure your VM networking and you can adjust your pod security policies.

Can I deploy a macOS VM with a .yml?

No. You need to use the Orka CLI, the Orka API, or the Orka web UI.

Orka is a customized namespace where you can't control deployments with kubectl and *.yml files. For your deployments, Orka creates a specialized pod descriptor and deploys it.

How do I test my containers in Orka? For example, can I download them locally and test them?

All container (VM configuration and VM) development and testing happen in Orka. You can create as many VM configurations and VMs as you need under as many users as you need. For versioning, you can use the save and commit operations.

You cannot download, develop and test a VM configuration or VM locally or outside of Orka.

Is Orka a private fork of Docker? Are Orka VMs true Docker containers?

No. Orka is not a private fork of Docker and Orka macOS VMs are not true Docker containers. Each Orka VM is something between a Docker image and a full weight VM.

The Docker container is a shell that wraps around the macOS VM so that it can be orchestrated with Kubernetes.

Furthermore, the Orka macOS images are not exactly Docker images. They are full macOS. The lightweight split comes from Orka's take on storage and differentials. When you deploy a VM, Orka pulls a differential of the base image into a Docker container that looks, acts, and feels like a lightweight Docker container. In reality, it's similar to a link clone VM or an instant clone VM, that has been containerized and then orchestrated with Kubernetes.

Can I run other virtualization on my macOS Orka VMs? (For example, Docker containers)

This is a BETA feature.

My VM clock is now off, why is that?

macOS VMs are more prone than a traditional macOS installation to experience clock drift. There are two methods for fixing this: 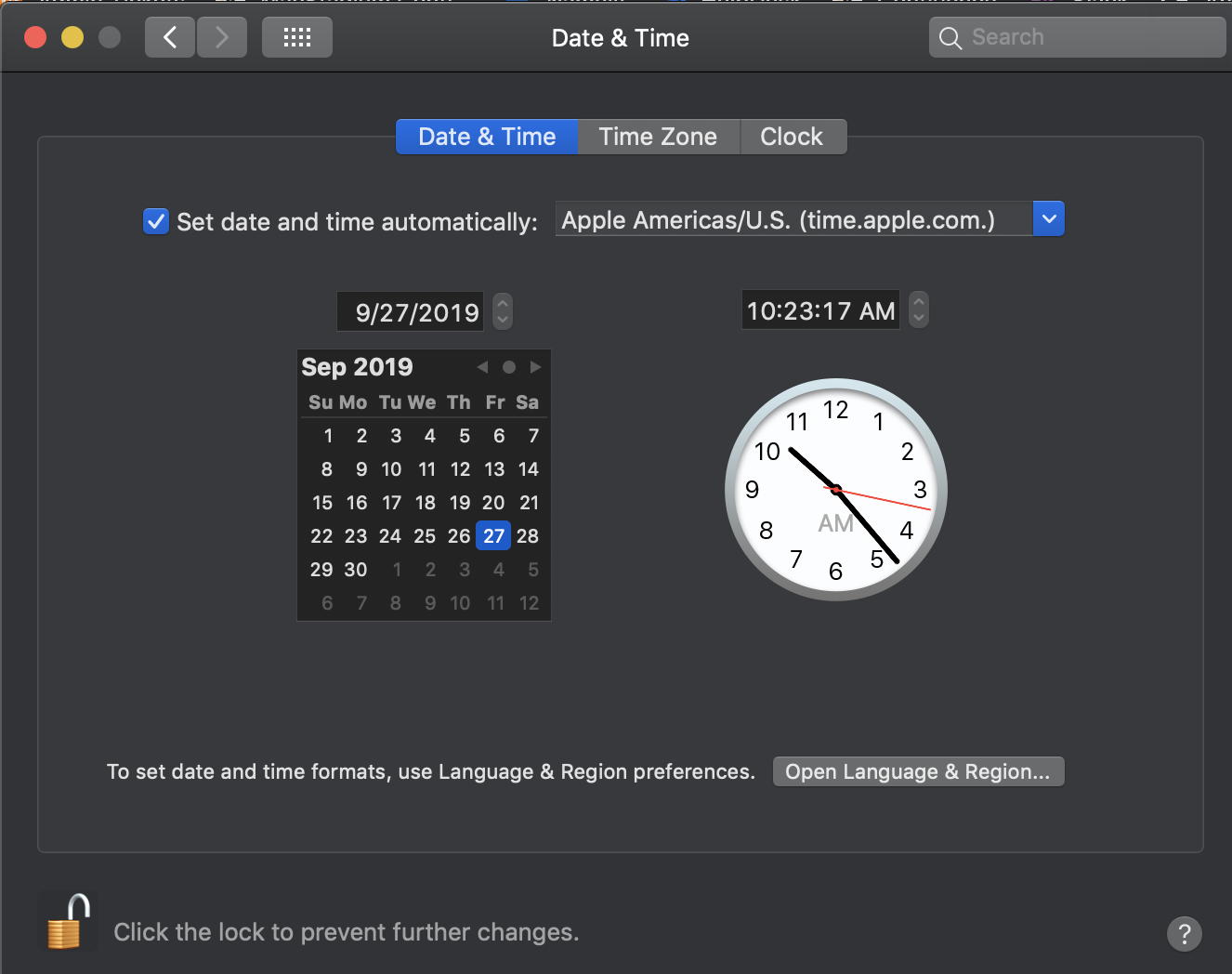 Why is my VM in a Stopped state?

In Kubernetes, when a VM fails to boot, it becomes stopped immediately. Your VM might have failed to boot in the following cases:

My VM is an ERROR state, what should I do?

The ERROR state indicates a critical issue with your VM instance. You will not be able to restore your VM. To free its resources, you need to delete it by its ID because deleting by name might not always work.

If you're working from the Orka CLI or the Orka API:

If you're working from the Orka Web UI: